“The formative years of the Cashmere Veterinary Clinic”

Sheryl and Mick McDevitt purchased a small residence at 401 North Division Street (now renamed Aplets Way) in 1977 and remodeled the building to serve as the Cashmere Veterinary Clinic.

The clinic opened its doors on July 1, 1978. The office hours were 8am to 5:30pm Monday through Friday and 8am to noon on Saturdays. We handled all emergencies.

Our first patient was a female cat needing vaccinations. Our office call/exam fee was $7.00.

We lived in the clinic building for one year during which time we had two personal rooms – a bedroom and a kitchen/dining room.

Our first employee, Marion Moore, was hired in 1980. 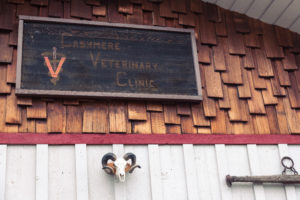 On June 30, 2006, we purchased the recently closed Braun Funeral Home building at 227 Cottage Avenue and totally remodeled it into a veterinary clinic that opened on Halloween 2007.

We increased our staff to two employees in 2007.

On June 30, 2015, after performing over fifty-thousand examinations and neutering over seven-thousand pets we put down our stethoscopes and closed the doors. Our final patient was a cat with hemorrhagic cystitis. 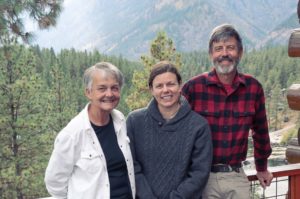 We sold the Cashmere Veterinary Clinic to Megan Kelley on April 25, 2018.